Ever Been Served Breakfast? 10 Uni Students Shared Their Heartbreak Experiences That Will Shock You To The Core 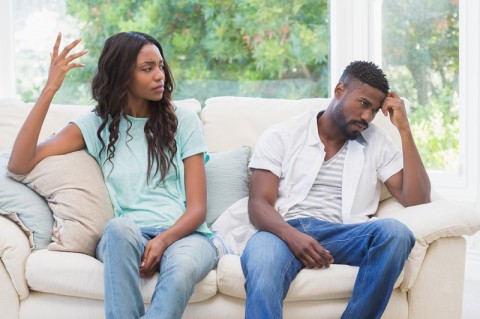 We’ve heard different comparisons about the things that hurt most in life and heartbreak is one of them. To be realistic, what could hurt more than losing someone you love?

Love is fascinating and a broken heart is enough evidence to show that love doesn’t last forever for everyone. While some people heal and move on, some are stuck to that past love in regrets or in hopes of the person returning to them.

Read Also: 5 things You Must Learn From Your First Naija Relationship Breakfast

We asked Trybe Citizens about their breakfast experiences and this is how they responded:

This is a touchy topic for me. Anybody who hasn’t been served breakfast is still a child when it comes to relationships. After my heartbreak, I officially became a man. My breakfast was served around the Christmas period as a Christmas gift. I couldn’t d!e nor could I live; I was just in-between. I was like, “Lord! Save me.”  Ladies are the real villains in relationships. They are scum. I don’t think we have up to 20% of good ladies out there anymore.

I got angry at my ex one time and this lady broke up with me. It wasn’t like I hit her or anything, I only raised my voice at her and that was because she kept nagging me about not giving her enough attention. I call my mother once every two months and I used to call my ex-girlfriend every day; shouldn’t that be enough for her? Why will she even expect full attention from a man like me that is broke and still hustling for money? I remember when she cheated on me but I still forgave her and remained in the relationship. The whole situation still hurts me till now. You see, all women are the same.

One day, I got a text from my ex telling me she wanted the relationship to end. Before that time, I woke up excited to speak to my babe, not knowing that she was going to serve me breakfast. Her words crushed everything in me and I couldn’t think straight. Her exact words were, “You were too good to be true.” Eventually, I found out that she thought I was faking my feelings for her. What the heck?

Read Also: Love Is Not Enough To Stay Together. Here Are The Reasons

I’m a hard guy and I rarely give attention to people. That led to me being called a snub or a fine boy with no manners. My first and second breakup didn’t hurt me but the third one did. She was the only girl I ever truly loved. I met her in church and fell in love with her straight away. I just loved everything about her. I approached her and we clicked. She agreed to date me despite being 4 years older than me. She was a virgin and I respected her decision not to have seggz. She was quite spiritual but I was neither spiritual nor religious, which scared her. Finally, she broke up with me on religious grounds. She said she felt tortured by her conscience for engaging in an unholy relationship with me and that she even dreamt of going to hell because of it. My emotional fences crumbled when she served me the breakfast and I broke down in tears. I lost my appetite for a while and lost weight. My life lost happiness afterward and I disliked anything on a skirt. I loved her and it wasn’t easy to confer the title of an “ex” on her but I healed. I no longer care about love.

In this life, guys can humble any lady. How can my boyfriend tell me that a lady had a crush on him and he didn’t have anything to do with her, then go ahead to celebrate their 4-year-old relationship anniversary? Ah! Men. I won’t be surprised to see a frustrated woman cast a love spell on her man because men are wicked and they deserve whatever comes upon them. I’m talking about Yoruba men, in particular, they are flirtatious and will serve you breakfast with an accent. As for me, I’m searching for a bad boy that I can change into a good one.

This girl did something childish and it almost broke our relationship so I told her to delete the messages containing what happened from her phone and move on. You won’t believe what she did next. She ignored all the messages I had sent to her for days. In number, all the messages were 15. On the fifth day, she sent me a text telling me that I didn’t care about her and I should have kept pestering her with messages till she responded. She said I was meant to know it was anger that made her ignore me. With all that she said, I decided to break up with her because I couldn’t take it anymore. In conclusion, women are evil and they are out to ruin you. Women will break your heart, steal your money and will use kayanmata (fetish love potion) on you if the chance is granted to them.

Read Also: 4 Red Flags You Ignore Because You Are In Love.

She told me she was pregnant with my child and I was totally okay with the news. Then I gave her my ATM card to withdraw money for herself and she never came back. She ran away with my unborn child and all my money. Just like that.

I met this girl at a school tutorial and we started dating after a while. I was always sending money to her because she was a virgin and I wanted her to be satisfied so she wouldn’t see the need to go after other men. On a fateful day, she sent me a long text explaining how she had seggz with another man by mistake. I asked her if she was raped, and she said she wasn’t. Before I knew what was going on, she posted a picture of a rich man using the latest iPhone on her social media page. Then she defended her funny actions by saying she wanted my love and attention, but I only gave her money which she didn’t want from me. Fear women.

The thing about breakfast is that the longer you wait, the warmer your serving is. There was this lady I had been talking to for a couple of weeks. She was a new student at my school, and she claimed that she had a huge crush on me. I started liking her too, so on a particular Friday, I asked her out to be my girlfriend since all the vibes I got from her were right. She responded by saying she needed space and time to think about it. On Monday, the bombshell dropped. I discovered that she was already dating a close friend of mine. This guy was actively cheating on her, but I didn’t tell her until she found out. The breakfast went around for us. After they broke up and we talked, she said it was because I had a female best friend, and she thought we were secretly dating. In this life, you will be served breakfast, and it doesn’t matter whether you start loving someone at the age of 13 or 33. You cannot escape it.

My heartbreak experience made me realize that it’s not until you date someone that they can break your heart. I had this classmate in high school who was interested in me back then. This guy used to whisper sweet words into my ears, hold my hands at random times, and hang out with me every time I felt unwanted. The following school term, I resumed a week late to school, and he was already together with my seatmate. I had never felt so heartbroken like that in my entire life.

–7 Ways To Make A UI Girl Date You

–What Happens When You Fight With Your Department Lover

From the responses of everyone who shared their story with us, we can see that breakfast is nobody’s mate, and all we do is hope that our relationships turn out to be the right and perfect ones for us.

“No man on Earth can serve me breakfast. The moment I see the relationship is heading nowhere, I will ghost you. If you like, don’t move on after that. That’s on you.”

Guys, should we tell Joyce how breakfast works? Well, she’ll see for herself. Please share with us in the comment section how your heartbreak experience was. I’m sure we all have crazy stories to tell.

Check Out This TRYBE FEATURE:

“She Almost K!lled Me Before The ‘Acid Rain’ Could” – 7 Uni Students Share Their Most Random Childhood Memories 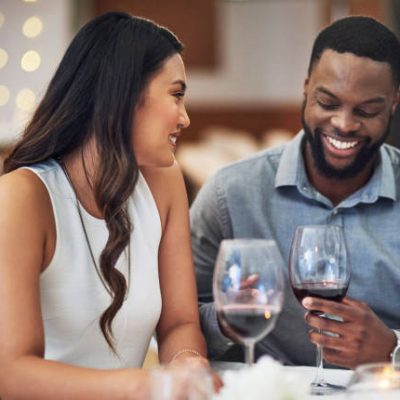 How Long Should A Guy Chase A Lady Before Giving Up? 10 Uni Students Shared…