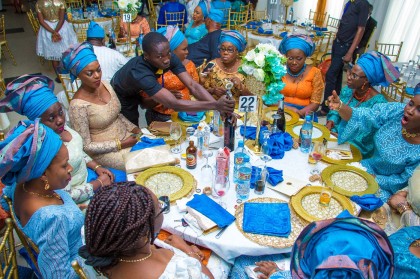 Attending parties is one of the fun things to do as it expresses prosperity, friendship, and togetherness amongst people. In a typical Nigerian society, Saturdays are always for parties which Nigerians often regard as Owanbe.

Yoruba people are well known to be party lovers; in every party, there is always Yoruba in attendance; you are only left to figure them out from the crowd.

In this article, you will find ten verified ways to spot the Yoruba people from the crowd at any party. So, hold your phone tight and keep reading.

Also read: 5 Pointers That Indicate She Loves You Enough To Marry You

Yoruba tradition places so much value on greetings, which has become a vital part of the culture. Like some other cultures, greeting in Yoruba is used to show respect and welcome people, most especially the elders. However, Yoruba people can greet in excess, which often differentiates them from people of the other tribes.

Greetings in Yoruba are myriad, and every occasion has its distinct greeting style. To spot Yoruba at a party, take note of the greetings. Yoruba would greet as if that is what they were created for, and most of their greetings start with “E.”

It might sound unreasonable to hear them greet someone for sitting down (Eku Ijoku) or standing up (EKu idoro) or for many other causes you might consider irrelevant. Still, Yoruba people know better; the excess greeting is their way of showing respect and honor.

It is not making sense; how can Yoruba people be at a party without you noticing them? Yorubas  are experts in stealing the show at any party or social gathering; even their greeting is enough to distract you and make them earn your attention at any party.

READ Also :-  Trybe H2H: Mavin Records VS YBNL (Which Has The Most Powerful Artistes?)

This is one of the ways Yoruba people can steal the show at a party; hardly would you see a Yoruba person attending a party only; they often appear in a group that would occupy a set of tables and chairs at the party.

Even if the party has no Aso Ebi, Yoruba people will choose a dress for themselves or a color of clothing with shoes and stunning gele to match, making them appear uniform and stand out from the crowd at the party.

4. The Choice Of Food

Choice of food served as a means of understanding cultural identity as different cultures have their own choice of food.

A typical Nigerian party that welcomes guests of different tribes would provide various delicacies that suit each unique tribe. Yoruba people can not do without their food, majorly Amala; they are not ashamed to eat that with pride anywhere and at any time. If they were offered food outside their culture, you would notice their discomfort in their sluggish eating habits.

More from the author: 10 Things Most Nigerians Spend Their Money On

For The Sake Of Your Mental Health, Avoid These 5 Things As A Nigerian

When you see Yoruba women sitting in a group at a party, be careful with how you compose yourself. This is because they would notice any flaws in you and talk about them behind you.

You know, it is always interesting when you sit close to the Yoruba people at a party; this is because they have a lot of stuff to gossip about.

READ Also :-  10 Things To Do To Get Ready For The Resumption

It is called a party, for christ’s sake, but my wonderful Yoruba people will never accept that a party is meant to eat and chill.

Since parties enable the coming together of many people, Yoruba people often grab this opportunity to organize mini-family meetings. They can bring up a discussion of something that went wrong in their family, somebody that did wrong, and other family-related talks.

In any crime committed, pray you don’t end up in the Yoruba people’s court of law; their own pass the Supreme Court.

Yoruba people, especially women, will always see finish in their organized mini court of law at a party. This might be younger ones that couldn’t greet them well, which is a great crime against the tradition, or the stubborn Bisi that failed to get married on time. They would always have  that person that  did something wrong, maybe at a party or before the party, to face scorn from their court of law

Also read: How To Avoid See Finish, And Enjoy An Owambe Hosted By Your Family

If you like, you can tag it as begging or crying out for takeaway, but Yoruba people would always struggle and lobby to get takeaway at a party.  This is because they always have someone at home who can’t come to the party, and it is a tradition that they take something from the party for that person. You would see Yoruba people struggling to get takeaway after satisfying their stomachs at the party; they might even insult or fight anyone who stopped them from getting the takeaway.

If they don’t leave anyone at home, they would still lobby for the excess food intake as a dinner at home. After spending the best of their time at a party, don’t expect them to get home and start preparing dinner again unless you want to kill them. So the party’s host needs to provide for their dinner too.

No matter the quality and quantity of food served, any party that fails to give Yoruba people takeaway isn’t a good one.

Although taking pictures is always one of the plans of every party, some Yoruba people, especially the ladies, can take pictures even more than the party’s host. How do you want social media to know that the Yorubas attend the party if they don’t take numerous pictures to post as evidence?

Networking is one of the hidden purposes of every party. I can’t tell for the other tribe in Nigeria, but Yoruba people are experts when it comes to this. Party to the Yoruba also served as a gateway to meeting more family members. If you are very observant, you will see the Yoruba elders at any party introducing the younger ones to family members that stay in the North or South, the one his mother died long ago, a child of a great-grandparent, or any other family members they haven’t met before.

Have you seen any of these people before? How effective do you find them? What other ways do we miss out? Let’s talk in the comment section. 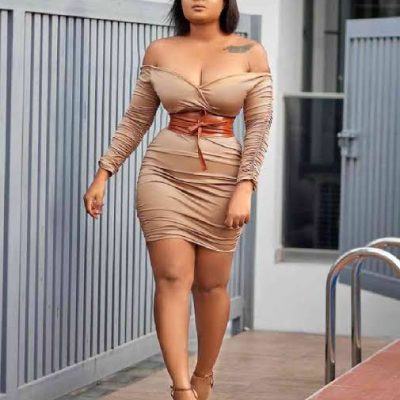 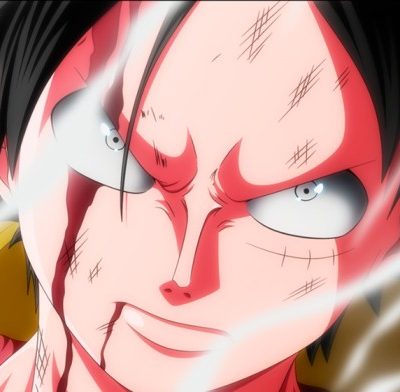 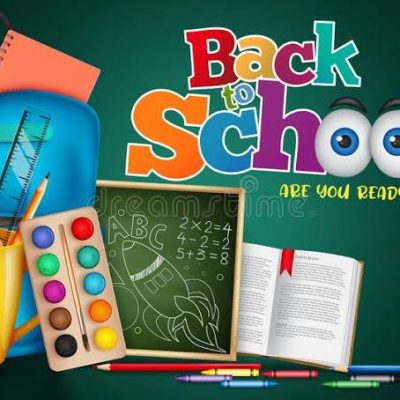 10 Things To Do To Get Ready For The Resumption