10 Emotionally Draining Movies That Will Give You A Good Cry 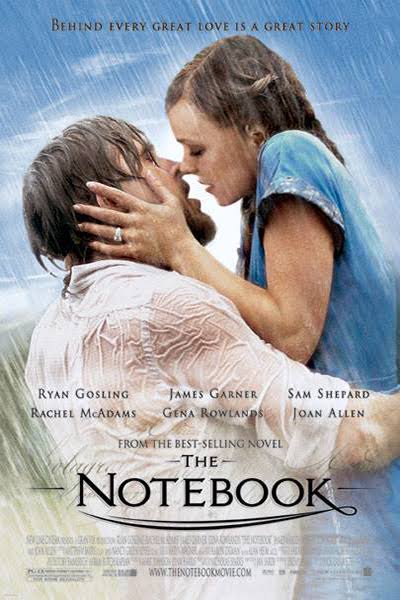 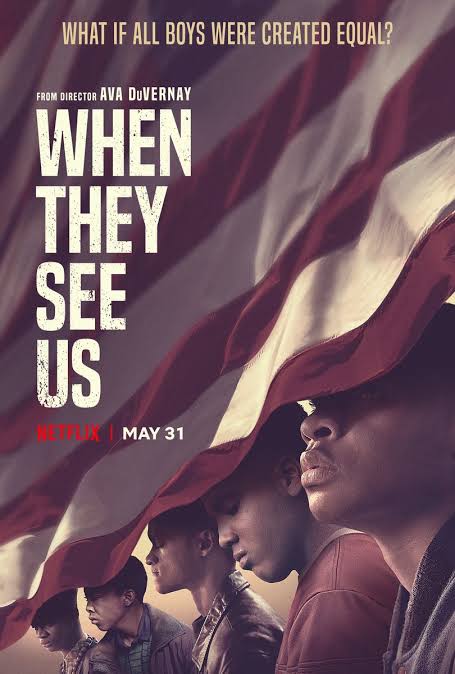 When They See Us is a 2019 American crime drama television miniseries created, co-written, and directed by Ava DuVernay for Netflix, that premiered in four parts on May 31, 2019. It is based on events of the 1989 Central Park jogger case and explores the lives and families of the five Black and Latino male suspects who were falsely accused and then prosecuted on charges related to the rape and assault of a white woman in Central Park, New York City. The series features an ensemble cast, including Jharrel Jerome, Asante Blackk, Jovan Adepo,  Michael K. Williams, Logan Marshall-Green, Joshua Jackson, Blair Underwood, Vera Farmiga, John Leguizamo, Felicity Huffman, Niecy Nash, Aunjanue Ellis, Marsha Stephanie Blake, and Kylie Bunbury.

2.  The Pursuit Of Happyness 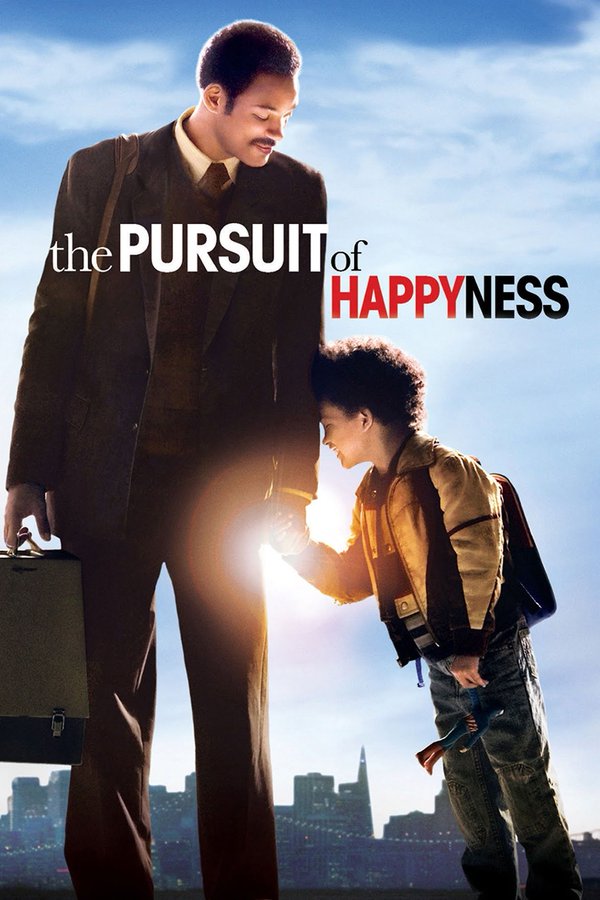 The Pursuit of Happyness is a 2006 American biographical drama film directed by Gabriele Muccino and starring Will Smith as Chris Gardner, a homeless salesman. Smith’s son Jaden Smith co-stars, making his film debut as Gardner’s son, Christopher Jr. The screenplay by Steven Conrad is based on the best-selling 2006 memoir of the same name written by Gardner with Quincy Troupe. It is based on Gardner’s nearly one-year struggle with being homeless. The unusual spelling of the film’s title comes from a mural that Gardner sees on the wall outside the daycare facility his son attended. The movie is set in San Francisco in 1981.

Columbia Pictures released the film on December 15, 2006, and received moderately positive reviews, with Smith’s performance and the emotional weight of the story garnering universal acclaim. Smith was nominated for an Oscar and a Golden Globe for Best Actor. 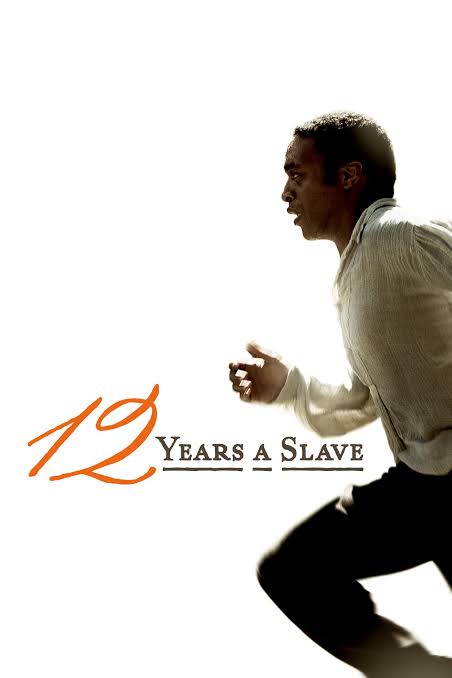 12 Years a Slave is a 2013 biographical drama film directed by Steve McQueen from a screenplay by John Ridley, based on the 1853 slave memoir Twelve Years a Slave by Solomon Northup, an African-American man who was kidnapped in Washington, D.C. by two conmen in 1841 and sold into slavery. He was put to work on plantations in the state of Louisiana for 12 years before being released. The first scholarly edition of David Wilson’s version of Northup’s story was co-edited in 1968 by Sue Eakin and Joseph Logsdon.

12 Years a Slave received widespread critical acclaim and was named the best film of 2013 by several media outlets and critics, and it earned over $187 million on a production budget of $22 million. The film received nine Academy Award nominations, winning  Best Picture, Best Adapted Screenplay for Ridley, and Best Supporting Actress for Nyong’o. 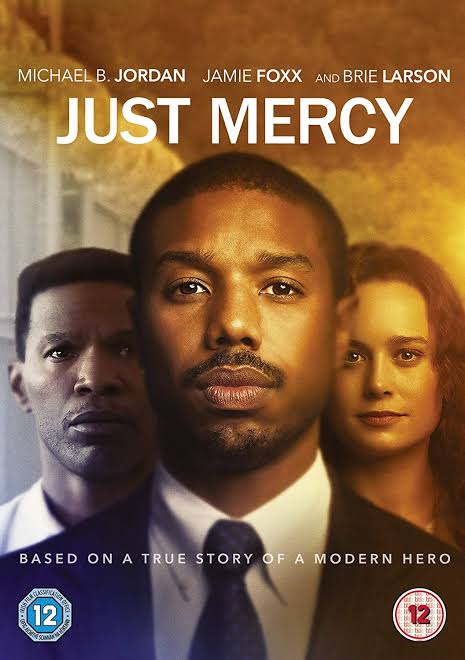 Just Mercy is a 2019 American biographical legal drama film co-written and directed by Destin Daniel Cretton and starring Michael B. Jordan as Bryan Stevenson, Jamie Foxx as Walter McMillian, Rob Morgan, Tim Blake Nelson, Rafe Spall, and Brie Larson. It explores the work of young defense attorney Bryan Stevenson who represents poor people on death row in the South. Featured is his work with Walter McMillian, who had been wrongfully convicted of the murder of a young woman. The film is based on Stevenson’s 2014 eponymous memoir, in which he explored his journey to making his life’s work the defense of African American prisoners.

Just Mercy, which had its world premiere at the Toronto International Film Festival on September 6, 2019, was theatrically released by Warner Bros. Pictures on December 25, 2019. The film received positive reviews from critics and grossed $50.4 million.

The Notebook is a 2004 American romantic drama film directed by Nick Cassavetes, with a screenplay by Jeremy Leven and Jan Sardi, based on the 1996 novel of the same name by Nicholas Sparks. The film stars Ryan Gosling and Rachel McAdams as a young couple who fall in love in the 1940s. Their story is read from a notebook in the present day by an elderly man (played by James Garner), telling the tale to a fellow nursing home resident (played by Gena Rowlands, the director Cassavetes’ mother). 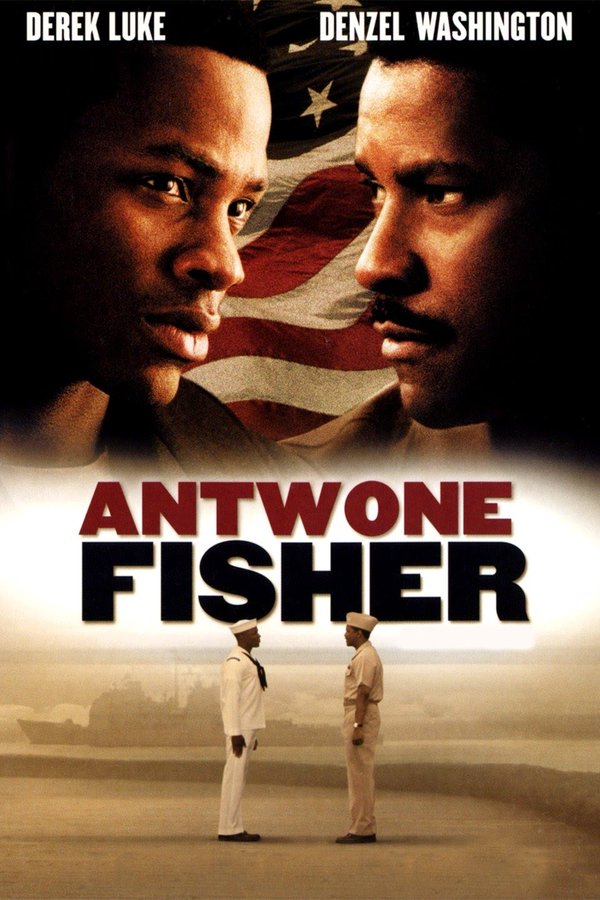 Antwone Fisher is a 2002 American biographical drama film directed by and starring Denzel Washington in his film directing debut. Washington stars in the film as the psychiatrist Jerome Davenport, alongside Hollywood newcomer Derek Luke, who plays the title role (and personally knew the real Antwone Fisher), and former model Joy Bryant, as Fisher’s girlfriend.

The film is inspired by a true story, with the real Antwone Fisher credited as the screenwriter, and is based on his autobiographical book Finding Fish. The film was produced by Todd Black, Randa Haines, and Washington and features a soundtrack by Mychael Danna.

Black was first inspired to make the film upon hearing the story from Fisher, who was then working as a security guard at Sony Pictures Studios.

7.  If Beale Street Could Talk 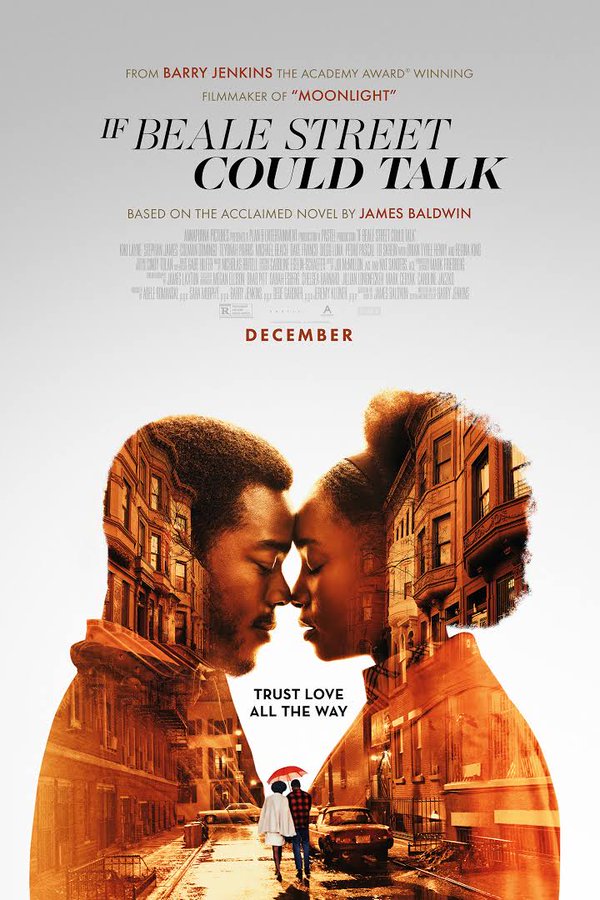 If Beale Street Could Talk is a 2018 American romantic drama film written and directed by Barry Jenkins, and based on James Baldwin’s 1974 novel of the same name. It stars an ensemble cast that includes KiKi Layne, Stephan James, Colman Domingo, Teyonah Parris, Michael Beach, Dave Franco, Diego Luna, Pedro Pascal, Ed Skrein, Brian Tyree Henry, and Regina King. The film follows a young woman who, with her family’s support, seeks to clear the name of her wrongly charged lover and prove his innocence before the birth of their child. 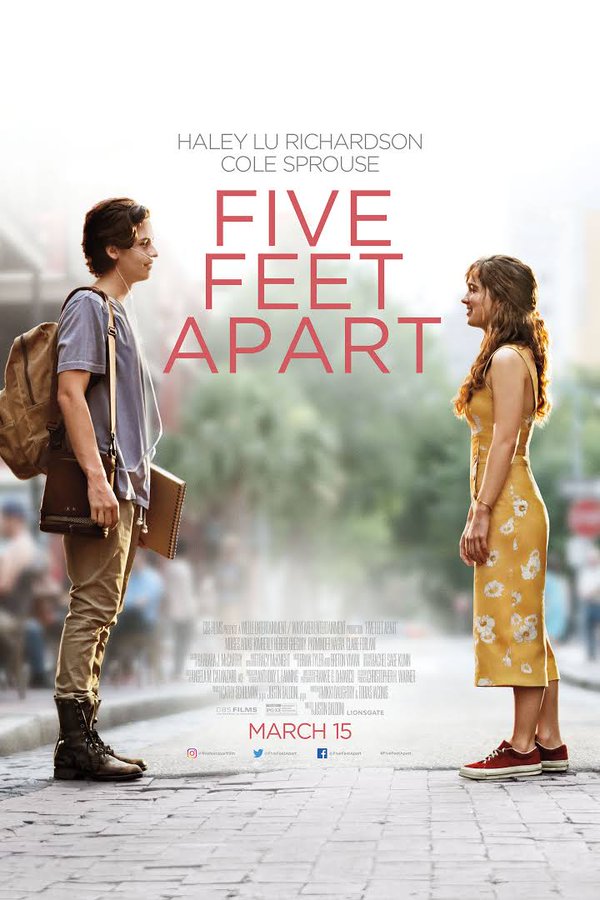 Five Feet Apart is a 2019 American romantic drama film directed by Justin Baldoni (in his directorial debut) and written by Mikki Daughtry and Tobias Iaconis. The film was inspired by Claire Wineland, who suffered from cystic fibrosis. Haley Lu Richardson and Cole Sprouse play two young patients with cystic fibrosis who try to have a relationship despite being forced to stay six feet apart from each other. The film was released in the United States on March 15, 2019, by CBS Films via Lionsgate. It received mixed reviews from critics and has grossed over $91 million worldwide. 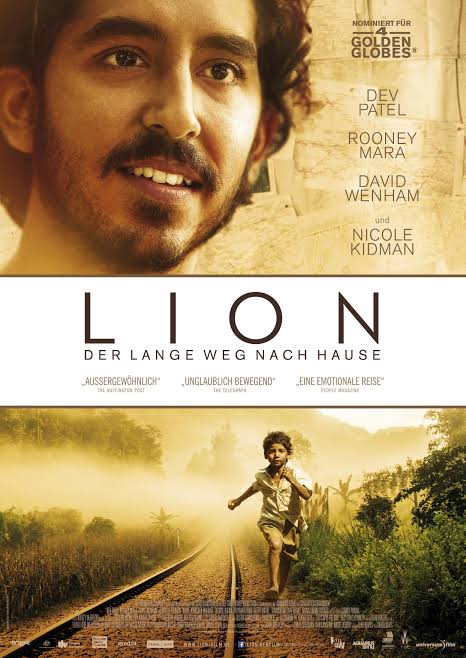 Lion is a 2016 Australian biographical drama film directed by Garth Davis (in his feature directorial debut) from a screenplay by Luke Davies based on the 2013 non-fiction book A Long Way Home by Saroo Brierley. The film stars Dev Patel, Sunny Pawar, Rooney Mara, David Wenham, Nicole Kidman, Abhishek Bharate, Divian Ladwa, Priyanka Bose, Deepti Naval, Tannishtha Chatterjee,  Nawazuddin Siddiqui. It tells the true story of how Brierley, 25 years after being separated from his family in India, sets out to find them. It is a joint production between Australia and the United Kingdom. 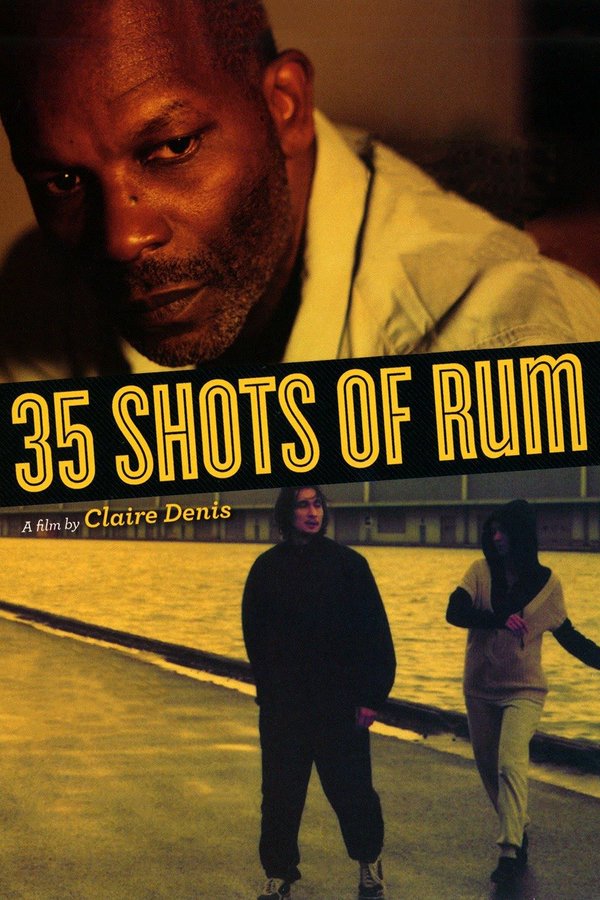 35 Shots of Rum (French: 35 Rhums) is a 2008 drama film directed by Claire Denis. It stars Alex Descas, Mati Diop, Nicole Dogue, and Grégoire Colin. It tells the story of a father-daughter relationship complicated by the arrival of an attractive young man. The film had its world premiere out of competition at the 65th Venice International Film Festival on 29 August 2008. It was released in France on 18 February 2009, and in Germany on 5 March 2009.

It’s no doubt that these movies listed above will make you cry, so we want you to watch them and try maybe it will make you emotional or not. We would like to know what you feel about this list of movies in the comment section, and if you have your list of movies you’d like us to know, don’t hesitate to mention them.