Sailing Links: My Best Friend Has a Bad Temper, But I Can Never Leave Her

In this category, we give you the gist of thriving relationships among lovers, sisters, brothers, best friends, etc.

There is a popular notion about women being fake and not having real friendships with one another. Yes, competition is intense among women, but that doesn’t hinder them from having strong friendships. We interviewed two young ladies, Kellah (21) and Harl (21), who have been best friends for over 5 years. Join us to see how they handled their friendship despite the hiccups they faced.

How did you meet each other?

Kellah: We met when I went to sell drinks for her grandmother.

Harl: Yes, she came to supply drinks to my granny, and we met.

Quiz: Best Friends in the World

What was your first impression of each other?

Harl: I liked how she talked and smiled.

Kellah: I loved that she was really caring. We didn’t communicate the day we met, but we did the second time I met her. I was hungry that day, and I told her about it. Then she gave me the last of her money, even though she was hungry.

How did your friendship start?

Harl: It all started when I began to visit her at her mum’s beverage shop, and she visited me too, at mine. Afterward, we started going out together.

Harl: As the relationship continued, I realized she would be a good friend.

How often do you see each other in a week?

Kellah: Sometimes we see twice a week, and other times we don’t see at all.

Harl: It’s exactly like she said. We communicate mostly via chats or video and voice calls.

Do you both live close to each other?

Kellah: The distance between our homes is not too far, but it’s also not trekkable.

Harl: Yeah, she doesn’t like walking, so I go to meet her most of the time.

Kellah: Liar! She is lying to you. I always visit her, and she has only been to my place a few times.

Harl: No, she’s the liar here. She doesn’t like the stress of walking over to see me.

Kellah: Ah! Harl, don’t do this. I admit that I wouldn’t say I like walking, but I still visit you more than you visit me.

How often do you guys fight?

Harl: Not so much. She’s the one who gets pissed over everything because of her mood swings.

Kellah: I admit to always causing our quarrels. I have terrible mood swings.

Harl: She does, but I know how to bring her head down. I’m the only one who understands her well.

How do you soften her when she’s in a bad mood?

Harl: I pour water on her hot head so her temper will come down. Cold water, to be precise.

Kellah: Crazy girl! Don’t mind her; she’s joking. She would call me on the phone, and if I didn’t pick up, she would chat me up, calling me sweet names like “my baby,” “Okomi,” and “Abike,” and it worked.

Ever had a fight that lasted a long time?

Kellah: Yeah, although I can’t remember what we fought about. It lasted for three to four weeks. I just needed some alone time.

Harl: I don’t remember what happened either. All I knew was that the fight was awful. I missed her so much, but we resolved everything later on.

Have you guys ever fought over a guy?

Kellah: Over man? Do you mean Adam? No Never.

Harl: Of all the things we can fight about, none of them can ever be over a man.

Kellah: Even if we were to sleep with the same guy, we would still be fine. It’s just not worth it. Besides, we have different tastes in guys.

Kellah: I like sexy, dark, and tall men. He must be rich too. Money is important.

Kellah: You know the vibe, boo.

Harl: I like guys that are fair-complexioned and have six-packs. The six-pack is the essential trait.

Kellah: I hope you can see now that we have different tastes in men.

How would you rate your closeness on a scale of 1–100?

Kellah: Probably 85, because I don’t want to exaggerate.

Kellah: We can’t give it 100 percent because you can never fully know anybody.

What is one thing you both enjoy doing together?

Kellah: We love hanging out together and gisting about the rest of the issues we couldn’t talk about on the phone.

Harl: Yeah, I agree with her.

Is there something you don’t like about each other?

Harl: Yes. I wouldn’t say I like how she gets angry all the time.

Kellah: I wouldn’t say I like that other people’s opinions get to her easily.

Kellah: Just a little bit, and that’s because of my constant conversation with her. I always ask, “Why can’t you just be a hard girl like me?”

Do you consult each other for advice before making a significant decision?

Kellah: Yeah. We do. I don’t take her advice all the time, though. She doesn’t have sense like that.

Harl: She’s not okay. I have more sense than she does. She never goes ahead with a decision unless she hears from me.

Kellah: (jokingly) You are senseless for saying that. Get out.

What is the worst advice she has ever given you?

Harl: I can’t remember. I don’t think there are any.

Kellah: Yeah, I forgot earlier that I am a good adviser.

Kellah: There is this terrible advice she gave me. She told me to date one of her brothers, Temmy. I’m glad I didn’t follow through with the advice.

Harl: The guy is not my brother; he’s just one of those street brothers. I’m the only child of my parents, so I don’t have a brother. The guy liked her, and he kept disturbing me to talk to her on his behalf.

Kellah: Ah! Her brother was very stingy. Funny enough, he wanted a cook and a prayer warrior as a girlfriend.

Harl: Stop calling him my brother.

Kellah: Have you forgotten, or did you not tell me, that your brother likes me?

Will you dump your best friend for 10 million dollars?

Kellah: Asap. She would understand.

Harl: You are a terrible person, Kellah.

Kellah: Okay, I won’t dump her ass. If I leave her, she will just d!e.

Harl: As for me, I won’t take the money because the money will get exhausted eventually.

Kellah: Nah, it cannot finish. I will invest it in something.

Read Also: Make Your Average Lifestyle Look Badass Even If You Have A Modest Income

What is your favorite memory together?

Kellah: We wanted to write our UTME one time, and I went to her place so we could study together, but we ended up not reading at all but gisting throughout. Meanwhile, I was to write my exam the following day. On my way home, I turned to her and asked her why I had come to her house, and we just laughed over it.

Harl: Mine is when we went to Ikorodu to do our hair because we didn’t have money. We got lost, spent all the cash we had, and got home very late. Since it was late at night, we were almost robbed at the bus garage. Our mothers were worried, and they called the hell out of us that day. I will never forget the experience.

Kellah: My gosh! I agree with you. That has to be my favorite memory of us.

Read Also: 7 Activities To Try With Your School Friends Without Breaking The Bank

Are your parents in support of your friendship?

Kellah: Yes, they are. My mom cannot tell us to stop being friends. Even her grandma cannot try it.

Harl: Why would they? They can’t try that.

Kellah: If they do, they won’t have peace.

What do you think made you guys last as friends till now?

Harl: I don’t even know. I can’t just leave her for a day. A day without talking to her looks weird.

Kellah: I guess it was her persistence that kept us going. If it had been left to me, we would have grown apart because of my bad temper.

Harl: What she said was what I had in mind to communicate.

Kellah: She has been supportive of me, and she is also caring. I have met several people, but I haven’t seen anyone better than her. Although we have ups and downs, I know we will be fine together. She is truly the best person that completes me. That’s a simple truth.

Harl: We d!e together, dear.

Kellah: I love you, babe. I always will. My words may seem harsh sometimes, but you know in your heart that I genuinely care for you.

Harl: I love you, my favorite b!tch. I’ll ride with you for life, no matter how hard or harsh your words are. We are f*cking for life.

There is no way we didn’t love the occasional playful banter between these two sweethearts. This shows their level of closeness and how strong their friendship is. Please leave your thoughts on how you see this in the comment section and check out our other interviews.

Unilorin: How Much Do You Know About Your New Vice-Chancellor? Here are 7 Facts About Him. 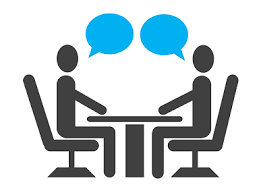